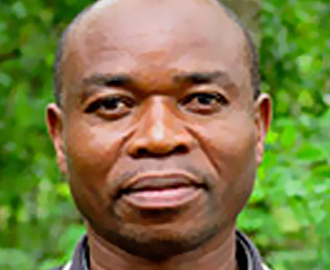 Moses’ career spans over 10 years in the field of plant identification, and he has spent much of his career working with the Tanzania Forest Conservation Group (TFCG). Since 2000 Moses has worked in areas across Tanzania, in the Eastern Arc Mountain Forest and Coastal Forest, the Udzungwa Mountain National Park, and the Chome Nature Reserve, to name a few. Moses also worked in the Mahale National Park and public forests in Rukwa and Kigoma Regions under Wildlife Conservation Society (WCS) and the Mahale Ecosystem Management Project (MEMP). Prior to Joining TFCG, Moses worked with the Tanzania Botanical Training Programme. One of his great achievements was the discovery of a new plant species in the Southern Western Highlands of Tanzania (Udzungwa Mountains), which was named Chamaecrista mwangokae. Moses has been a member of IUCN since 2007. He has a Forest Technician Certificate from the Forestry Training Institute of Olmotony in Arusha, Tanzania, and he also completed training on plant identification funded by the Missouri Botanical Garden (MBG).